Party at the Hiawatha Artist Lofts 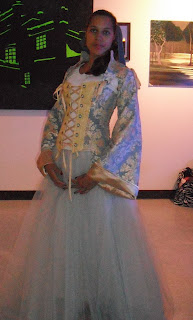 I had a great time this weekend at my friends open house. We had a great time and saw lots of really amazing costumes, leave it to artists to be creative, there was an amazing zebra (who split first prize in the costume contest), a man dressed as Poe's Raven, but my favorite was worn by the Master of Ceremonies who wore a black robe, a mask with antlers and carried a white staff . 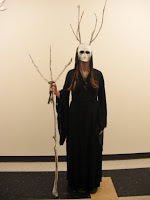 ostume contests and prizes for both adults and children and the doors were thrown open to many of the artists personal spaces. I saw lots of really amazing art and met many really nice people.
Despite the fact that I was the most covered person in the running for sexiest contest I took first prize for sexiest with my demure (but tight) Cinderella costume. The prize was mostly candy which seemed destined to ruin that sexiest body that won in the first place. I had a lot o 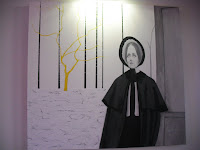 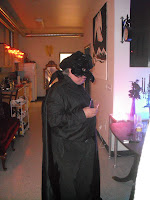 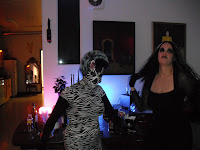