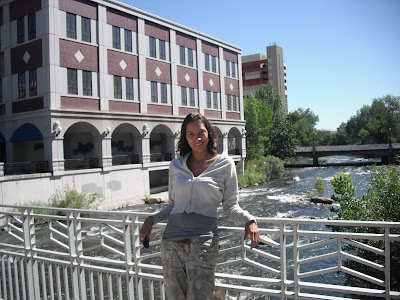 July 2nd
Friday morning and I’m up at 9. I’m sure Cathy was up hours ago, running up and down mountain trails, something me and my mother find incomprehensible (I can barely be convinced to run when I am late for the bus). I take a nice shower and then Cathy and I head to her favorite Tahoe area breakfast spot the Fire Sign. While ordering I briefly ponder the Fire Sign Crepes, crepes rolled around eggs scrambled with mushroom and jack cheese and then topped with hollandaise, but remembering the mess I made yesterday I follow Cathy’s lead and order the Gouda scramble. In a strange coincidence the waitress once again tries to feed Cathy ham.
After breakfast we go back to the cabin, sit on the deck in the sun and play Mexican Train, a version of dominoes that is played with a regular domino set but has different rules and fun little plastic trains to use as markers. Maureen’s sister, Mary Ellen and her husband Allen arrive while we are playing but decline to join our game which I win by two points. Cat 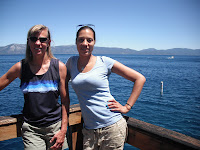 hy like me is very competitive and likes to win so she is a little upset. I tell her it was only a two point loss and that’s almost a win, but she sneers at this theory as ridiculous. I understand completely, when losing I have personally been known to tip over Monopoly boards and I now refuse to play Risk all together.
We also take another walk down to the lake which is beautiful and blue, a real treat on a hot summer day. Just before we leave Maureen arrives and we spend a little time catching up since I haven’t seen her for probably nine years. Then we head to Truckee California where I get to meet Cathy’s boyfriend Rick and we a 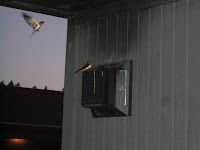 ll go out for pizza with some friends. I also take an awesome picture of some swallows nesting under a roof. When we get back to Reno we are both thoroughly pooped out though I manage to stay awake shopping for tickets to Hawaii in November when I am sure I will want to escape the Seattle weather again.

July 3rd
Today I woke up a little earlier and around 8:30 and puttered around a little before Cathy and I set out for more casino carpet viewing. We had hoped to have a little more time because she knows of a program whereby you can go to a shelter and borrow a dog for a day hike. I think this is brilliant as the program gets the dogs out f 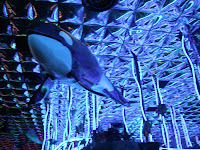 or the day and gives them a better c 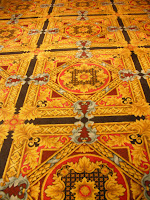 hance of being adopted. However with the occasional stops I make for souvenirs and the fun of looking at carpets we run a little short on time. Especially since I want a little time to sit in the sun which we haven’t seen in Seattle for three consecutive days in probably 8 months. I read my Kindle and work on my tan for a half hour and all too soon it is time to go. After another ingenious 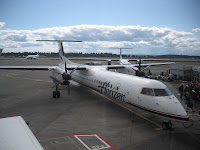 packing job on my part (accomplished in about 20 minutes) we are off to the airport and it’s time to say goodbye until fall at which time Cathy will come to visit us in Seattle. While waiting at the airport for my little tiny twin-prop plane to board and leave I play 3 more dollars on the slots and cash out with $15.80 giving me a net gain for the trip of $11.85. For me that is just about right!