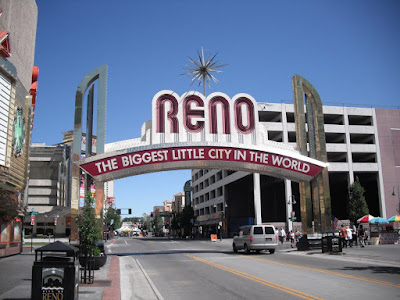 6-30-2010
I fly into Reno on the evening of Wednesday the 30th of June to see my lovely and intelligent Auntie Cathy. My Aunt is a pretty amazing lady who has earned a doctorate and works as an environmental engineer making sure school sites are safe, when she isn’t busy flying to impoverished areas to dig wells, build rainwater collection systems or get clinics running all on her own dime.
The first thing I notice as I deplane (besides the heat that is), is the 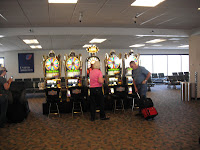 bank of slot machines directly across from me as I walk into the airport (they really want you to get started right away) but I’m not much of a gambler so I bypass these and head outside to find Cathy who picks me up in an adorable little Mini Cooper. Our first stop is an Ethiopian restaurant named Zagul’s which brings back memories of our trip to Kenya, the last time either of u 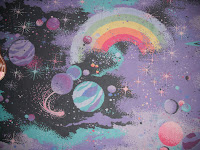 s had Ethiopian cuisine. Then we start what would soon become an odyssey in casino carpet photographs.
The thing I had been most impressed by in Las Vegas, when I was there was there, was the surprising brilliancy and patterns that made up the casino carpeting. I felt the need to docume 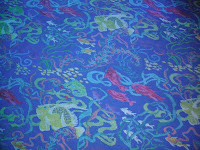 nt this phenomenon and decided that I would attempt to do that while in Reno, The Biggest Little City in the World. We start at a casino called the Peppermill which in fact has my favorite carpets despite all the others that are to follow (they start with a fish themed carpet, then went to a rainbow and planet pattern and finally ended with a brilliantly colored and theoretically Italian themed carpet). Then we stop at the Atlantis for some interesting circle and leaf patterned carpets, before making our way to Cathy’s house for some Ben and Jerry’s Phish Food ice cream.

July 1st
We wake up early and go for breakfast at Cathy’s favorite spot A breakfast joint called Peg’s Ham and Eggs. Cathy has the Veggie Benedict, not being a meat eater, and I had a California Benedict, being a no meat except fish and sometimes turkey eater. The California Benedict consisted of the regular beginning of an English muffin, poached egg and hollandaise but substituted Turkey for ham and added tomato and avocado. For whatever reason when the food comes mine is exactly right but they attempt to feed Cathy ham. However once 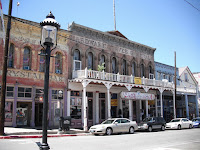 the plates are corrected we commence to eating and somehow I manage to get hollandaise all over myself. This in addition to a nice dark red cherry juice stain on the front of my pants which looked 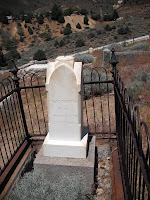 like something, but fortunately is so located that it would have been virtually impossible for it to be what it looks like, all happen before 10:30am and pretty well complete my outfit for the day. After a quick stop for snacks we are off to Virginia City which I had read about in the book Roughing It by Mark Twain.
Cathy and I stop on our way into the town at the cemetery and spend a short amount o 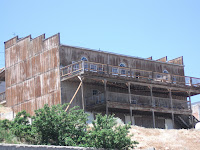 f time wandering around reading the poems on the tombstones which date back as far as the 1860s. Some are more amusing then others. One Welsh gentleman’s tombstone notes that as we are now so once was he and as he is now we soon shall be. One doesn’t know whether to be amused or distressed.
When we head into Virginia City we find that the grades up and down are just as steep as Mark Twain had promised. The first floor of a house that you enter on C street is the 3rd floor when you look at the back of the house from D stre 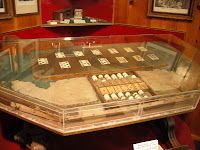 et. We park on C street which is the main drag (and is level) and walk up and down it looking at the cute little shops and numerous saloons that line it. I am not much of a drinker or a shopper but we manage to have a pretty good time wandering in and out of the places and we stop for a sarsaparilla in the Bucket of Blood Saloon where I play the slots and lose 95 cents. We also visit the Suicide Table which has been owned by many people who having owned it found they couldn’t pay out the heavy winnings of a gambler who had won big on it 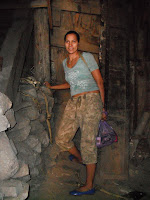 and so killed themselves.
We go on a mine tour that starts from inside the Ponderosa Saloon. It is not particularly impressive but it’s a fun little quick tour and it’s nice and cool inside, though I am not a big fan of being too far underground. We also stop at an old-timey candy shop where I buy loads of saltwater taffy and old favorites like Mary Janes and Bit O’ Honeys. I promptly eat enough taffy to make my tummy ache. I also buy my mom the cutest salt and pepper shakers 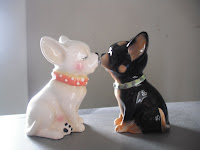 you ever did see, two kissing chihuahuas.
We leave town and between Virginia City and Carson City we pass the infamous Moonlight Bunny Ranch. A legal brothel that has been introduced to TV thanks to the HBO series Cathouse. Cathy asks me if I want to go take a picture in front of the building, but I demur thinking that this could send the wrong message to the folks back home. Carson City, the state Capitol isn’t much to look at though we do pass the governor’s mansion and capitol buildings.
Somehow Cathy manages to get a little turned around and we end up taking the scenic tour of Lake Tahoe on our way to the summer condo of her high school friend Maureen. The drive is much longer but I get to see the whole of the lake as we head all the way around it. It is quite a relief to be out of the car when we finally get to the cabin and unload our stuf 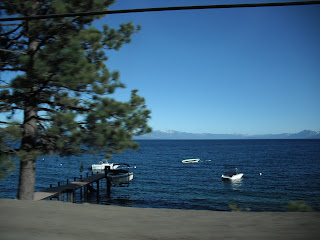 f. Tahoe is surrounded by both Nevada and California and the condo is located on the California side, so I am getting two trips for the price of one. We unload our stuff, take a quick walk down to the lake and then head out for dinner at a restaurant called Spindleshanks in Tahoe Vista. The word spindle shanks causes much confusion for both of us, I think it has something to do with horses and she thinks it might have something to do with boats (it later turns out that we are both wrong and probably has something to do with table legs). The coffee I order is terrible (I mean really awful) but the food is delicious. My aunt and I split a spinach salad and a butternut squash ravioli in browned butter and the quantity and flavor is perfect.
We are off to see a comedy show at the Crystal Bay Casino, which true to its name has many huge crystals scattered around though I see no bay. To get there we have to cross back over the border into Nevada. The casino is tiny, but has a little performance area where we find seats to my liking. Since I am carded on the way in to the restaurant section I am very pleased. The MC is hilariously funny riffing on things like Atari and Nintendo video games and cassette tapes (failing all else you can rewind them with a pencil) and his cousins in Hawaii catching eels with a sharpened stick. But the two main comedians are spotty at best. The first one takes a sip of water (or vodka?) between every pathetic joke and the second doesn’t seem to have much of a routine at all except playing his guitar and updating the 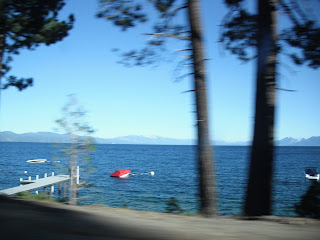 refrains of songs from classic performers with lyrics that have to do with erectile dysfunction and hemorrhoids, his lack of a plan drove me insane. One funny thing that they all mention is fact not fiction. It turns out that down the hill in Incline Village a KFC got closed down for dispensing methamphetamine along with the chicken. Talk about knowing your customer base.
Finally it’s back to Nevada where I fall asleep reading Lonesome Dove, a novel I highly recommend
Posted by S.E.F. at 2:13 PM